Why is air pollution harmful?

Why is air pollution harmful?

This guide contains (almost) everything you need to know about air pollution, based on verified information from official organizations and sources, such as the World Health Organization (WHO) or the European Environment Agency (EEA). WINIX has been fighting against air pollution and eliminating it since 1973 and, part of our mission is to make people aware of the health risks associated with unhealthy air quality and the importance of breathing clean air in their homes.

Long-term exposure to air pollution has been linked to an increased risk of dying from COVID-19. A recent study shows that 15% of COVID-19 deaths worldwide could be attributed to unhealthy air quality. But this is just the latest of many terrifying facts that we all should know about air pollution. There are many more!

According to the WHO…

But… what is Air Pollution?

Air pollution is the presence in the atmosphere of toxic gases and elements that transform the natural composition of the air we breathe. These elements are of biological, physical, and chemical origin and are dangerous for humans, animals, and plant’s health.

What are the causes of air pollution?

We, humans, adapted the environment to our interests constantly, modifying the composition of the air to accommodate our needs. This has caused a negative impact on air quality that has been accelerating since the industrial revolution.

We are surrounded by unhealthy air. The air we breathe on a daily basis contains emissions from vehicles, industry, and heating, as well as tobacco smoke, and household fuels. Air pollution harms human health, especially those who are already vulnerable due to their age or existing health problems. Controlling air quality, both indoors and outdoors, can significantly prevent diseases and save the lives of those who are part of sensitive groups.

We can differentiate between outdoor and indoor air pollution, but both types of pollution are harmful to people.

As we said, air pollution does not only affect the environment: Air pollution poses a high risk especially for children and other sensitive groups and can have serious effects on all of us, every time we are outside and even at home. Because at home, another type of harmful air pollution occurs in parallel. Air pollution has many health effects, from mild irritations to the development of serious diseases.

While those effects emerge from long-term exposure, unhealthy air quality can also cause short-term problems such as sneezing and coughing, eye irritation, headaches, and dizziness. Particulate matter narrower than 10 microns (classified as PM10 and the even smaller PM2.5) pose higher health risks because they can be breathed deeply into the lungs and penetrate the body’s small airways and deposit carbon dioxide in our blood.

A full list of effects related to unhealthy air quality:

Airborne diseases, mainly viruses. Eye and respiratory irritations, skin allergies, conjunctivitis, nasal congestion, watery eyes, nasal bleeding, cough, phlegm, and wheezing in the chest. Cerebrovascular and neurodegenerative diseases. It is estimated that up to 30% of strokes are due to air pollution. Exposure to toxins is also associated with an increased risk of Parkinson’s or Alzheimer’s. There is research suggesting that pollution could be a factor in the development of another type of brain disease such as autism, attention deficit disorders, and certain types of dementia.

According to the WHO, outdoor air pollution around the world represents:

The pollutants with the strongest evidence of public health concern are particulate matter (PM), ozone (O3), nitrogen dioxide (NO2), and sulfur dioxide (SO2). The health risks associated with PM less than 10 and 2.5 microns in diameter (PM10 and PM2.5) are especially well documented.  In 2013, it was classified as a cause of lung cancer by the WHO International Agency for Research on Cancer (IARC). It is also the most widely used indicator to assess the health effects of exposure to ambient air pollution.

One of the most dangerous types of household air pollution is smoke. Pollutants emitted from the combustion of solid fuels or kerosene for cooking, heating, and lighting are associated with serious health risks.

By breathing unhealthy indoor air, we add even more risk for our health. Around 3 billion people cook and heat their homes using polluting fuels and inefficient technologies. Exposure to indoor air pollutants can cause a wide range of adverse health outcomes for both children and adults, from respiratory illnesses to cancer to eye problems. Household members who depend on polluting fuels and devices are also at increased risk of burns, poisonings, musculoskeletal injuries, and accidents.

It is just here, in the treatment of indoor air, where WINIX intervenes. Our air purifiers are designed to help people keep the indoor air clean at all times.

Air pollution levels in the UK

Today it is practically impossible to escape air pollution anywhere in the world. We might think that this is just a problem for underdeveloped countries, but in the UK we also suffer unhealthy air quality. In general, air quality in European countries has improved in recent years, but levels of air pollutants continue to exceed the standards set as healthy by the WHO.

Breathing polluted air causes more deaths than tobacco. That is one of the great conclusions drawn by a study led by German researchers and published in the European Heart Journal that warns that the impact of air pollution on human health is underestimated.

Changes in air quality depend on several things. There are constant variations in each city and many factors intervene such as the weather, and the types and amount of gases that are in the air at the time. In European cities, smoke from vehicles is more common on weekdays than on weekends. The rural environment also suffers it, pollution from agricultural activities is also harmful.

How to know the current level of air pollution?

The Air Quality Index (AQI), which is constantly updated, tells you how clean or polluted is the air and what associated health effects may be of concern to you. The AQI focuses on the health effects you may experience within a few hours or days after breathing polluted air. EPA calculates the AQI for five main air pollutants regulated by the Clean Air Act: ground-level ozone, PM, carbon monoxide, sulfur dioxide, and nitrogen dioxide.

In the UK, the Daily Air Quality Index (DAQI) is another similar indicator.

How does the AQI work?

The AQI works as an indicator of values ranging from 0 to 500. The higher the AQI value, the higher the level of air pollution, and the greater the health concern for people. An AQI value of 100 generally corresponds to the national air quality standard for the pollutant, which is the level that the EPA has set to protect public health. AQI values below 100 are generally considered ok, but not ideal for sensitive groups. When AQI values are above 100, air quality is unhealthy for sensitive groups, then for everyone as AQI values increase.

You can reduce the risk by using the AQI before planning your outdoor activities. The six levels of concern for health and their meaning:

Good. AQI is 0-50. Air quality is considered satisfactory and air pollution poses little or no risk for people.

Moderate. AQI is 51-100. Air quality is acceptable; however, for some pollutants, there may be a moderate health problem for sensitive groups.

Unhealthy. AQI is 151-200. Everyone can start to experience some adverse health effects. Sensitive groups may experience more serious effects due to unhealthy air quality.

Dangerous. AQI is greater than 300. Health warning of emergency conditions. The entire population is more likely to be affected.

Here are some tips on how you can reduce your exposure to unhealthy air quality.

Extended guide about air pollution from the European Environment Agency.

Extended guide about air pollution from the World Health Organization.

Health effects of particulate matter (PM) from WHO.

Cart
Back To Top
0 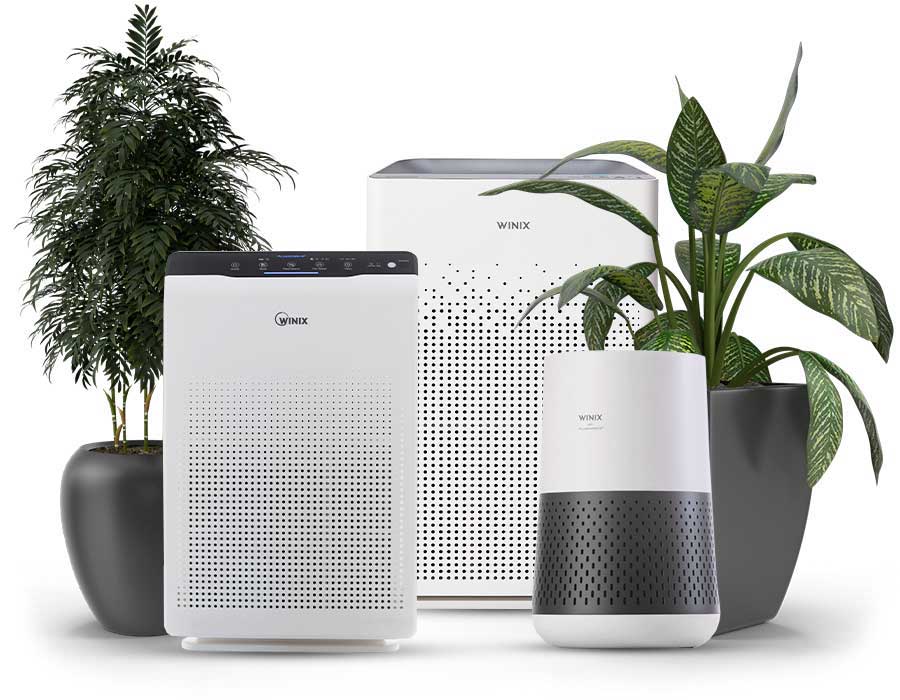